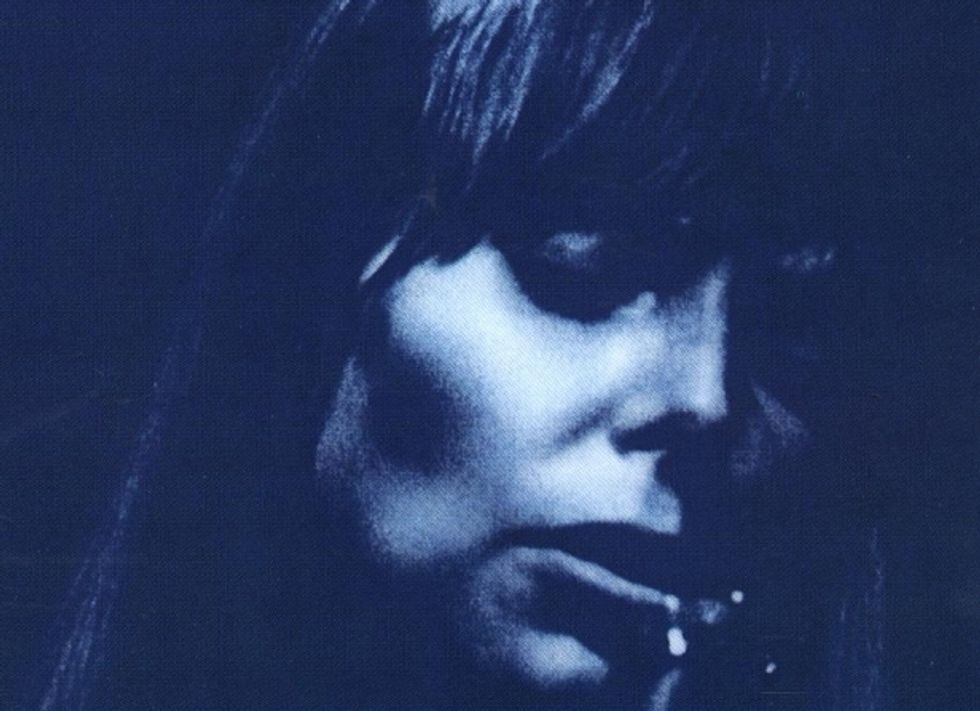 The Best Breakup Album of All Time

Before "Rolling in the Deep," there was "A Case of You."

There are so many breakup albums out there that one could say there are breakup artists. How many of us are still trying to hunt down the boy who broke Frank Ocean's heart, or the one who broke Adele's? Musicians and poets are famous for spinning heartbreak into gold; just ask Beyoncé. The modern greats of heartbreak aside, perhaps nobody did it better—or will ever do it better—than Joni Mitchell in 1971's Blue.

The iconic album that brought the world "A Case of You" and brought the sweet sound of Mitchell's Appalachian dulcimer into the mainstream was written while her emotional state was that of "a cellophane wrapper on a pack of cigarettes." The ensuing emotional resonance of every track is truly something to behold.

For its polychromatic name, Blue is tinged with the colors of broken heart, and the muted shades of a life. In "Little Green," Mitchell bemoans having to put up for adoption the daughter she bore while still a starving painter in Canada. In "Carey," she describes a "red, red rogue," later identified as Cary Raditz, who kept her company while on a hippie odyssey on the beaches of Matala in Crete. Of course, the aforementioned "A Case of You" and it's heartbreaking, memorable lines—"I am a lonely painter/ I live in a box of paints"— have stood the test of time. What makes the album as a whole unforgettable is how rooted it is in Mitchell's heartbreak, and her openness to explore her emotions so fully despite public scrutiny.

Mitchell recorded the album soon after her breakup with James Taylor, one that came on the heels of her separation from Graham Nash. Heartbroken, she took flight to Europe, and then to the studio. In Blue, she explores every detail of a dead romance, down to the broken heaters and the long flights where she couldn't help but think about what couldn't be recovered.

You don't have to be an intense folk-rock lover to appreciate the vulnerability that permeates this album. You don't even need to have had your heart broken to truly appreciate the sadness and intense longing on display here. Turn this one up as the cold approaches, wrap yourself in huddle of blankets, and try not to let yourself get swept up in the ensuing emotion—then again, if you do, you'll be all the better for it.