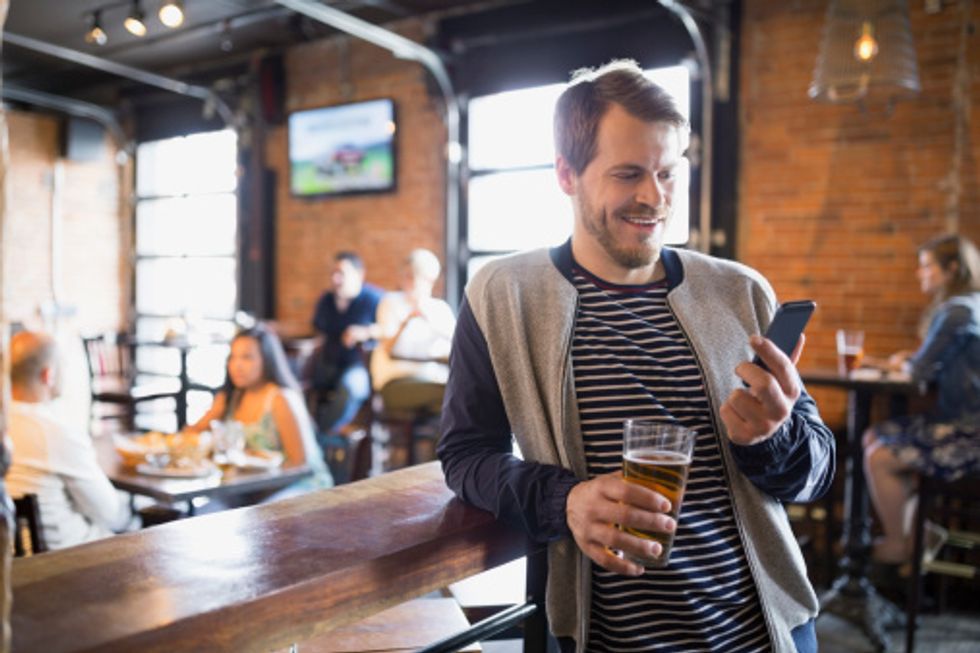 In modern society, we like things easy and we like things fast, so new apps are frequently being created in an attempt to make life a little more manageable and a little more fun. However, sometimes things can get taken too far, and apps are no exception. Topdust recently went on a hunt for the weirdest apps on the market right now, and these are just a few of the craziest things we found. Check 'em out:

This is… exactly what it sounds like. Pimp My Ultrasound gives expecting parents the ability to pimp out their baby's ultrasound picture, because who wants to see a boring old ultrasound? Let's be honest, they all look exactly the same. But not when you add two gold chains and a backwards hat! Pimp My Ultrasound will make your baby-to-be's first photograph the most ballin' picture on grandma's fridge.

Who needs motivation when you can have demotivation? Demotivational Pics is an app consisting of a frequently increasing collection of parodied motivational posters paired with captions that will make you hate your life. However, the creators of the images seem to be striving for the perfect balance of depressing and hilarious, so if you have a pretty positive outlook on life, you'll probably enjoy this app.

Although the name makes this app seem like a track event in the weirdo olympics, RunPee is actually a pretty clever tool for moviegoers. Essentially, RunPee lets you select the movie you are watching from a frequently updated list of films and will tell you the 3-5 best times to pee during the movie. The app chooses anti-climactic scenes that don't contain any important plot points so you don't have to worry about missing something on your bathroom break.

Again, the name of this app says it all. Places I've Pooped lets you drop a pin and "mark your territory" at the locations you've, well.. you know. You can even follow your friends' bowel movements on the app, if you think you're at that point in the relationship. Nothing brings two people closer than knowing when and where they poop!

Forgetting where you parked your car is never fun, but Carrr Matey makes remembering your car's coordinates an adventure! This pirate themed app keeps track of where your car is parked and how long it's been parked there to ensure you don't get a parking ticket. Your car is considered a pirate ship in this app, and you are the captain following a magic compass to your treasure. Hopefully you don't run into any other pirates on the way.

A little friendly competition can be productive, but Paper Racing is pretty much just the opposite of that. With this quirky app, you can race your friends to see who can unroll a virtual roll of toilet paper the fastest. It's kind of like TP-ing, but not at all.

This app is fairly concerning. Watching Cute Girl literally consists of a young girl who watches you from your phone all day. And if you pick up your phone, she apparently gets angry because she doesn't want you to touch her. Apparently designed to keep people company, the young girl on the app will occasionally talk to herself and giggle, but she mostly just stares. Into your soul.

The longer you rub the bird, the more points you get. Just keep rubbing the bird. That's all there is to it.

This noisy little app lets you snooze away the work day in the stealthiest way possible. [email protected] omits an array of office place noises so that the coworkers passing by your office think you're killing the game, when really you're just killing time with a nap. With customizable frequencies, [email protected] cycles through sounds like mouse clicks, typing, writing and stapling, so nobody will ever know what you're really up to at your 9-5. Except you'll totally get caught.

Yup. There's an app for that.