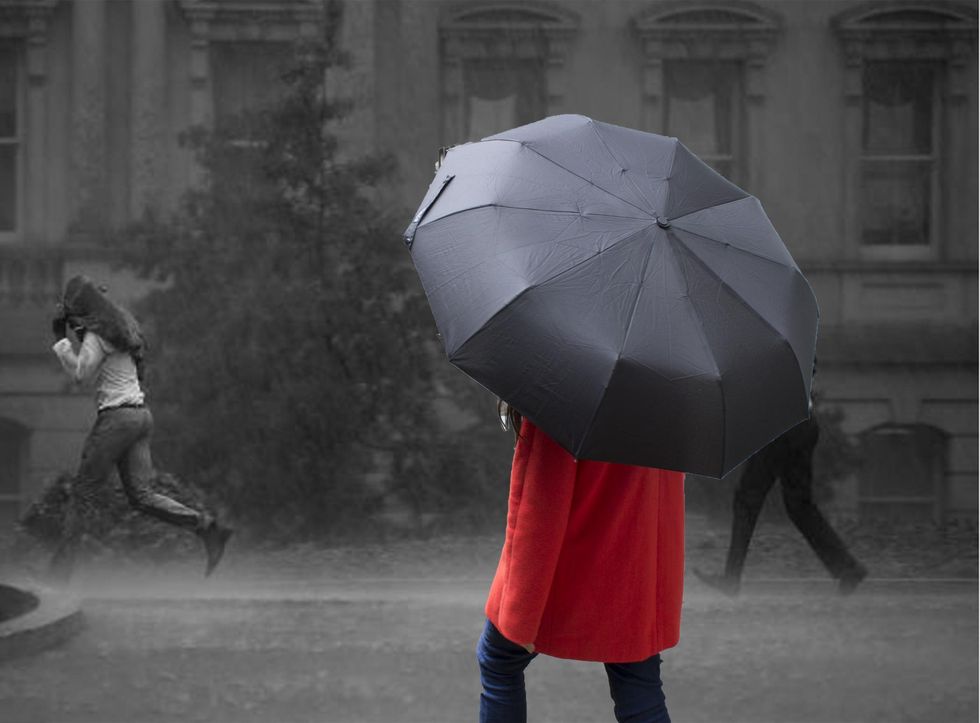 Looking for the perfect umbrella for April showers?

When it rains, the umbrella salesmen pour.

As the first droplets turn into puddles that splash with each passing car and you never knew so many existed, maybe you buy one of these things. Sold to you with bare words, you tell yourself this will be the last time. You give it a go and a few blocks later, it's crushed, the wind like Thor's fist, holding the overpaid instrument in his hand.

An enchanting vignette, really, and one that drew me toward claims made by a delicious product called the Compact Windproof 60 MPH Outdoor 8-Rib umbrella distributed by a fine company called Crown Coast. "We Change the way you Weather the Storm," the company boasts on their website. I was interested. I have never contemplated umbrella ribs. The good people sent me a deluxe version of their product, one with a full, you count 'em, eight ribs. I pulled it out of its papery sleeve, fashioned after a kind of synthetic feeling silk.

At the bottom, there was a button: I pressed it and bang. The full nine yards, or should I say eight ribs, shot outward and covered me with its shadow. It was large but not ornamentally so; it contained multitudes but could fit in my bag. What other surprises lay contained by synthetic cloth?

It was hard to pack up, like a divorce. At, $24.95 a pop, its a tad more expensive than the crinkly bill you hand over in the middle of a storm or the fiver you might pay at the dollar store off the F train in Brooklyn. But the trill of that gun-punch bang, like a marvel of imagined late-20th century technology doesn't die down like scratch n' sniff. I've done it somewhere near five times, in busy city streets, cheek by jowl living, busting up my fancy umbrella, dry as a feather. Still works too.

But it's claim, the line on the tin? Is it windproof? Can it hold fast against winds of up to sixty-miles-per hour?

Is it the thing you can cling to while denizens fly past you, umbrellas manufactured into small mashed-up clusters? I felt a gale coming on, just this past week, rushing like an elephant whose just caught himself a mouse. I lifted it up, my little piece de resistance available by post. The wind, foiled in its designs to carry me away, rushed on by.

Crown Coast's Compact Windproof umbrella's are available in all variety of color at their own site or on Amazon.