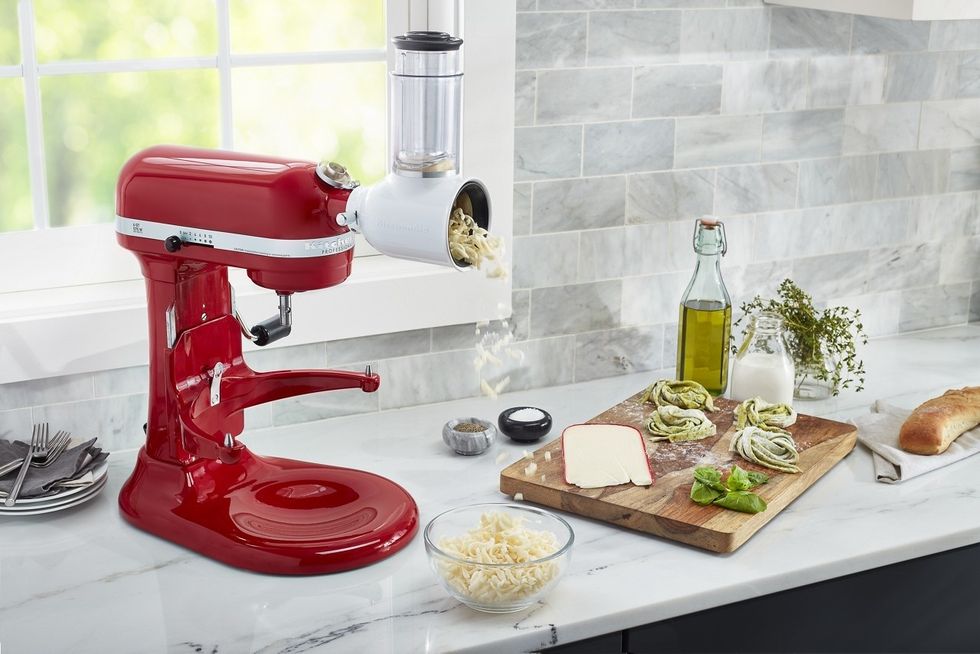 The Top Five Buy It For Life (BIFL) Items

Maglite FlashlightZippo LighterOsprey BackpackslinkStand MixerIn 1924, the once-burgeoning automobile industry was approaching market saturation. It seemed like every American who needed a car already had one. The problem seemed unsolvable until Alfred P. Sloan, the head of General Motors at the time, came up with the idea of annually updating his cars to convince people to purchase newer models. Though Sloan got the idea from the bicycle industry, for many, this development marked the beginning of planned obsolescence in American manufacturing.

But wait, what is planned obsolescence?

Simply put, it's a business strategy in which goods aren't necessarily made to last, forcing consumers to purchase subsequent upgrades and new editions. This can be done via contrived compatibility issues (think Apple changing the iPhone's charger) or through purposefully shortened durability (think recently manufactured washers and dryers). While it used to be a great litmus test for monopoly, nowadays, planned obsolescence is part and parcel with most manufacturing. This didn't always used to be the case, however. Most of the buildings in New York City were built before WW2, and folks in Cuba still drive 60-year-old Cadillacs. Things used to be built to last, and certain people have taken notice.

One Reddit community, called Buy it for Life (BIFL), is "dedicated to finding practical, durable and quality made products that are made to last." This Subreddit is simultaneously a place for discussing old stuff that still functions–the top post all time is of a picture of a 136-year-old pair of Levy's, dug out of mineshaft; they still look pretty good–and suggestions for high quality goods at every price range imaginable. With close to 500,000 readers, BIFL is one of the best places online to read about bargains. But with anything popular, there are copycats, and now the Internet is flooded with all types of blogs and websites attempting to replicate BIFL's success. This growing trend has led to the publishing of a myriad of lists, outlining all the different types of long-lasting goods you can purchase. Some of these items are more niche than others, but we've decided to list off the five most useful BIFL home goods you can snag. With a little luck, you'll be able to give these things to your grandchildren.

The more you use it, the better it gets

A cast iron skillet hits the trifecta. It's durable, it's an extremely versatile cooking instrument, and it's cheap. It's possible to buy a cheap one for around $20. The great thing about cast iron is the patina, which is made of oils that seep into the pan, making the skillet completely non-stick. These skillets get better and better with the more oil they absorb, and will only improve over time.

I promise everything on this list isn't a cooking supply, but KitchenAid stand mixers are well-known for their longevity. These bulky devices are perfect for mixing up batter for all kinds of baked treats and are a must-have for any serious home cook. It's also worth mentioning that they come in a wide range of beautiful colors and are probably one of the most aesthetically pleasing mixers on the market.

Whether you're hiking the Appalachian Trail or heading to class, Osprey has everything you need in a backpack.

Osprey has a simple guarantee: they "will repair any damage or defect for any reason free of charge – whether it was purchased in 1974 or yesterday." On top of this, if your backpack breaks or is irreparably damaged, Osprey will replace it free of charge. This is a 100% guaranteed BIFL purchase, so long as you don't outlive the company.

Stop buying those crappy plastic BIC lighters from the corner store, and invest in a Zippo. These lighters are refillable, cheap, and built to last. They've also been around so long, that there are nearly infinite designs available. If you're going to smoke, you might as well use the right equipment.

You'll eventually need a flashlight; make this the only one you ever buy

If you're into the outdoors, or simply live in an area where thunderstorms can knockout your power, you're going to need a flashlight. Maglite is as reliable a brand that exists, and always seems to sit around at the top of BIFL's forum, with folks regularly discussing how they've had their Maglite for 20+ years. It's the last flashlight you'll ever need.

The BIFL craze is perhaps the best inoculation against having to replace your essential home goods every few years. It's easy to opine that "things used to be built to last" when the blender you bought 6 months ago stops working, but there are plenty of options out there if you're willing to look for them. Don't be afraid to peruse areas of the Internet you're unfamiliar with, like Medium or Reddit. The big retailers–you know, the one's hawking junk products–buy up tons of ad space on the Internet. You're going to need to dig a little bit to find the good stuff, but I promise, when you're still using it in 20 years, you'll know it was worth it.

Matt Clibanoff is a writer and editor based in New York City who covers music, politics, sports and pop culture. His editorial work can be found in Pop Dust, The Liberty Project, and All Things Go. His fiction has been published in Forth Magazine. Website: https://matthewdclibanoff.journoportfolio.com/ Twitter: @mattclibanoff