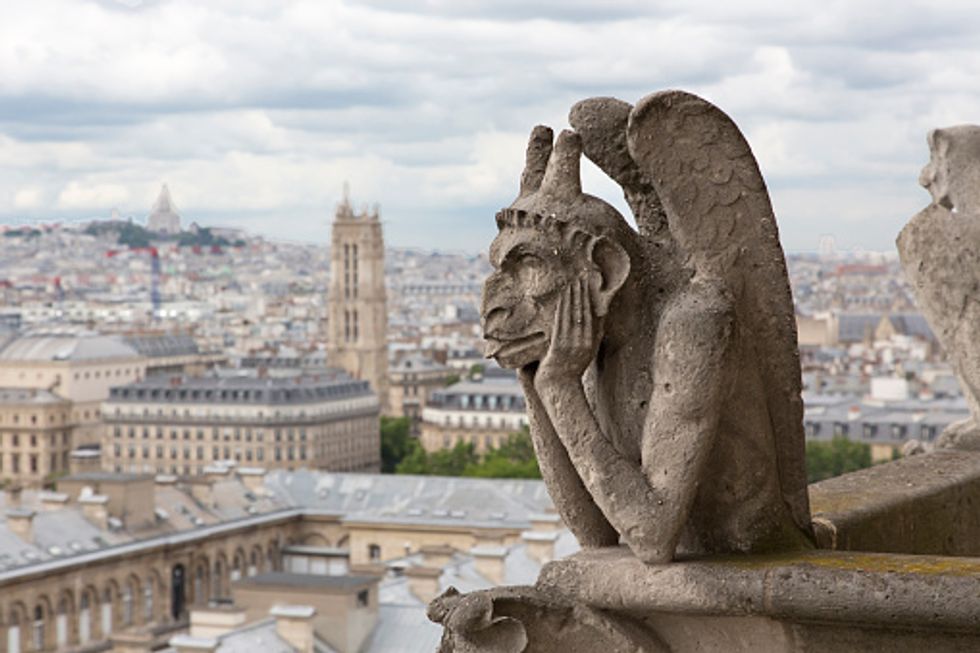 Walt Disney was perhaps the most famous movie guy in the biz next to Charlie Chaplin. He enchanted audiences for decades, and his legacy is now stronger than ever. We all remember Sleeping Beauty and Cinderella, but enough with the princesses. What we're talking about is a film that encapsulated the meaning of being an outcast, of wanting something you can never have, but of finding goodness there anyway. We're talking about Disney's 1996 film, The Hunchback of Notre-Dame.

It's definitely not the most famous of the Disney bunch, but this film is often overlooked because it strays from the Disney formula a bit. In the story, adapted (very loosely) from Victor Hugo's 1831 novel, Notre-Dame de Paris, a bell-ringer with a hunchback dreams of leaving the confines of his bell tower, and seeing what life is like "out there" in medieval Paris. He's trapped by the vicious Frollo, but escapes using his creativity and wit. Hugo's version is considerably grimmer, but Disney does not fail to achieve a significant ode to the original story and themes. Quasimodo is a seemingly hideous monster with a heart bigger than the city of light itself. He is captivated by the street gypsy, Esmeralda, who behind her beautiful exterior, is an outcast all the same. (Also, who could forget those riotous gargoyles?)

What makes many Disney musical-films special is the soundtrack. Alan Menken is a master at both upbeat hits and emotional ballads. The music sweeps us so far in, we can almost smell the baguettes. The artistic design is also awe-inspiring. The animated cathedral looks just as holy and intimidating as the real thing.

If you're looking to revisit a classic Disney film that will make your heart cry out, watch it now on Netflix.