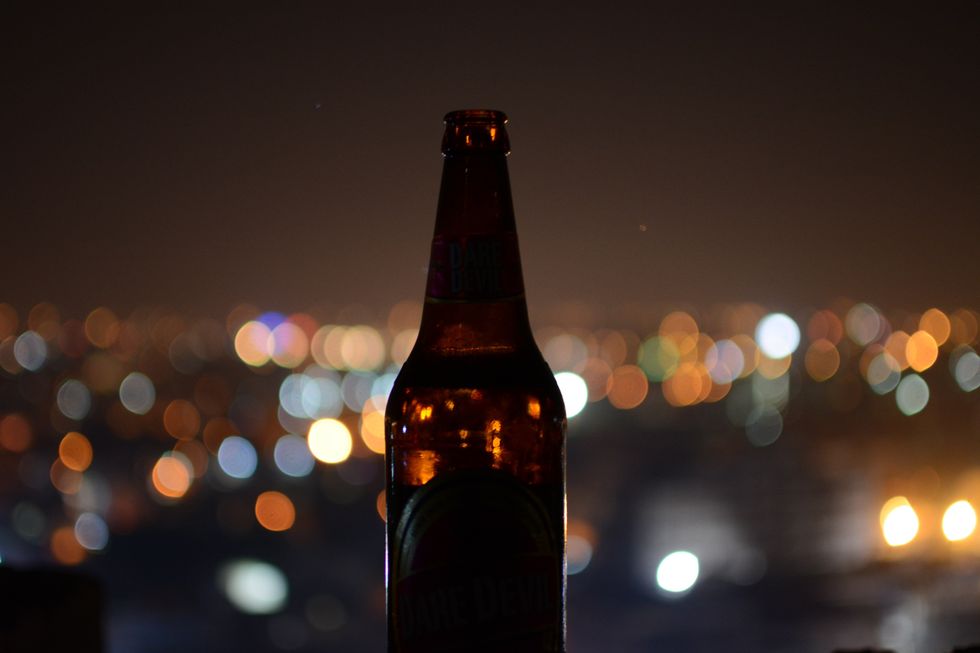 The Battle of the Beers

Or the best beers I drank this winter

Winter is over, perhaps. Maybe you can feel the Springtime sunlight sliding through the floorboards. But weather is a funny thing: when is the last white Christmas you can remember? A few moments later, there is a chill running down your spine and you're searching for your sweater like a madman.

God, these boys really know how to say coffee and come correct. Blue Moon, God bless this MillerCoors subsidiary. Forget shoving an orange into your pint: on their Cappuccino Stout, they shout sweet, sweet and somewhat bitter coffee flavor out from the hilltops, like the flavor explosion on one of those trendy new Domino pizzas. If you gave this beer to someone whose tongue was cut off in a scabrous saber fight, they would mouth to you, luxuriantly: coffee beans.

I think of the smell of chimneys, the brief respite from the howling that bangs on windows. Sometimes I would go outside and be greeted by a frigid 10 degree windchill and snow up a storm but by the time I put on my galoshes, it was already a balmy 60 and melted down into the heating system drip. That's kind of like Anderson Valley's take on the seasonal brew: here, there, gone tomorrow. Good stuff.

Mardi Gras is later this month (last year it would have already occurred, don't ask me) so I would assume Mardi Gras season is right now and happening. I live in the Big Apple and not the Big Easy, but I can judge a fish by its stripes. It's the Octoberfest of the other side of the snowhill, qualitatively helped by ample caramel hops, a very textured richness that you contemplate while looking at leaves or party favors falling. It's gorgeous stuff but don't think about it too long.

I imagine hunting, for something or other. Fish? Seals? Veal? Unsure. I see it coming. Whatever it is, I'm aiming straight at it. It's a bear, I've decided. But it's coming at me like a lion. So, I lift up my armament and I take aim. "Let's make some money," I say to no one in particular. The bear, which sometimes eats you, pushes me ruthlessly aside. I'm eating snow and I begin to think of the taste of a thick IPA. Creamy. After a while, it feels warm. Bitter like forgotten frostbite. But there's a reason I forgot about it, I'm no pansy. I think I'll finish this can before it finishes me. But they all say that, don't they?

Bell's is a Michigan import and do you know Michigan people? I do, I even interviewed one. The popular folksinger explained that the state was just one long stretch of woods, waiting to be explored. The birch trees on the can are arranged in what feel like strange geometric patterns that evoke lost Windows 95 screensavers. The can, tall like an older brother you are not very close with, smells of incense and death. It'll be a long frosty night. I can hear the wind beating down on the windows. No words will pass between the two of you, at some point one of you will collapse on the enormous pile of beers cans collected behind you.

Abita strikes again, another slice of another season. The slice of orange welcomes us, it reminds us of those orange chocolate balls they keep passing around on New Year's. But instead of that thick chocolate rush, you're pulled under a blanket of suds. It's a New Year, Phil didn't see his shadow, but you're still cold. You shudder but who cares. It's almost springtime no matter what the weatherman says. Take off that coat. Stop shuddering.