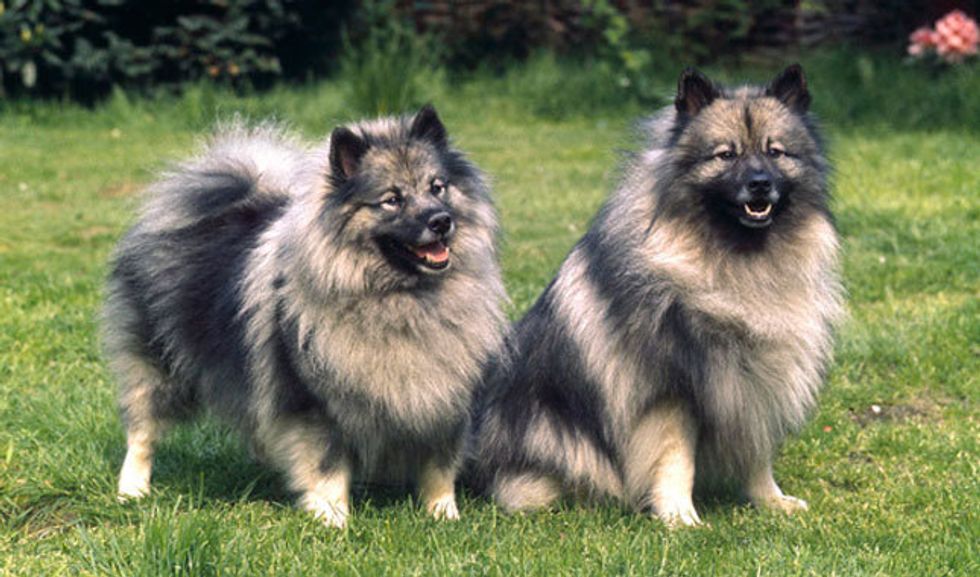 These pups are city dwellers at heart!

It's a scientific fact* that dogs are the best animal on the planet. They're better than creepy dolphins. They're better than boring cats. They're clearly better than people. Dogs are also the only animal that will love you more than you love yourself.** That said, if you live in a big city, and you don't have a yard, picking a furry friend to keep you company can be a difficult task. If you're wealthy enough to afford a monstrous apartment, you can probably get any breed of dog you want. For most people however, space and wall-thinness are big factors into what type of pooch they should purchase. With this in mind, we've come up with a list of the best dogs for small to medium sized apartments.

Precision. Elegance. Power. These are the words that describe the mighty Shih Tzu, a dog whose ancestors were once the preferred pets of Chinese Emperors. While Shih Tzu's are petite, they don't bark nearly as much as other small breeds, and are extremely friendly with strangers. On top of this, they're hypoallergenic and don't require much exercise. These little guys are perfect for apartment living.

Frenchies are famous for their giant ears and short snouts, but these pups are also great city dwellers. They also have short fur, so grooming is never an issue. A word of warning though, Frenchies can be stubborn when they're tired and have a habit of lying down without warning in the middle of walks. Still, these cute, weird-looking dogs are super friendly and are perfectly comfortable in smaller spaces.

Remember Doge memes from 2014? Well, aside for being an intensely memeable dog breed, Shiba Inu's are loyal, loving, and naturally clean dogs. That's right, they actually avoid puddles and rolling around in the mud, which is perfect for anyone trying to keep a clean house. These dogs are also extremely intelligent, and are very aware of their surroundings. Unfortunately Shibas, like Frenchies, tend to be pretty stubborn. Instead of lying down on their walks though, Shiba Inus let out a high pitched screech also known as a Shiba Scream. These dogs take time to train, so they're probably more suited to experienced dog owners.

Weiner dogs are notoriously lazy and tend to like lounging around more than rigorous exercise. This low-energy is great for a pet stuck in a big city, and allows Dachshunds to feel comfortable wherever they are. They do tend to bark a bit, and have been known to burrow into carpets and floorboards with their short legs, but if they're well-trained, they make for a lovable and hilarious-looking companion.

Corgis are pudgy little balls of fluff and love. They bark a little, but are as comfortable indoors as they are outdoors and require very little active maintenance. That said, Corgis were bred to be herding dogs and probably need to be taken out a little more than the rest of the dogs on this list. Still, they're adorable and love to lounge and cuddle after a long day.

Cavalier King Charles Spaniels are loyal and luxurious-looking lap dogs who are slightly addicted to praise. That's right, they'll love you just as much as you love them. They do need to be groomed regularly, but the only major issue with these dogs is separation anxiety. They can't stand when their owners are away and are prone to destructiveness and barking if left home alone for too long. These dogs are probably best for folks who work at home.

Keeshonds are kind of like giant grey Pomeranians without the squeaky bark, and are so loyal, that they've been given the nickname "the velcro dog." They also only need moderate exercise and love to lounge about the apartment. Like Cavalier King Charles Spaniels, Keeshonds can also suffer from separation anxiety, so these dogs aren't for people who work extremely long days. Still Keeshonds are the closest thing to a living teddy bear, and make for wonderful pets no matter where you live.

Matt Clibanoff is a writer and editor based in New York City who covers music, politics, sports and pop culture. His editorial work can be found in Inked Magazine, Pop Dust, The Liberty Project, and All Things Go. His fiction has been published in Forth Magazine. -- Find Matt at his website and on Twitter: @mattclibanoff