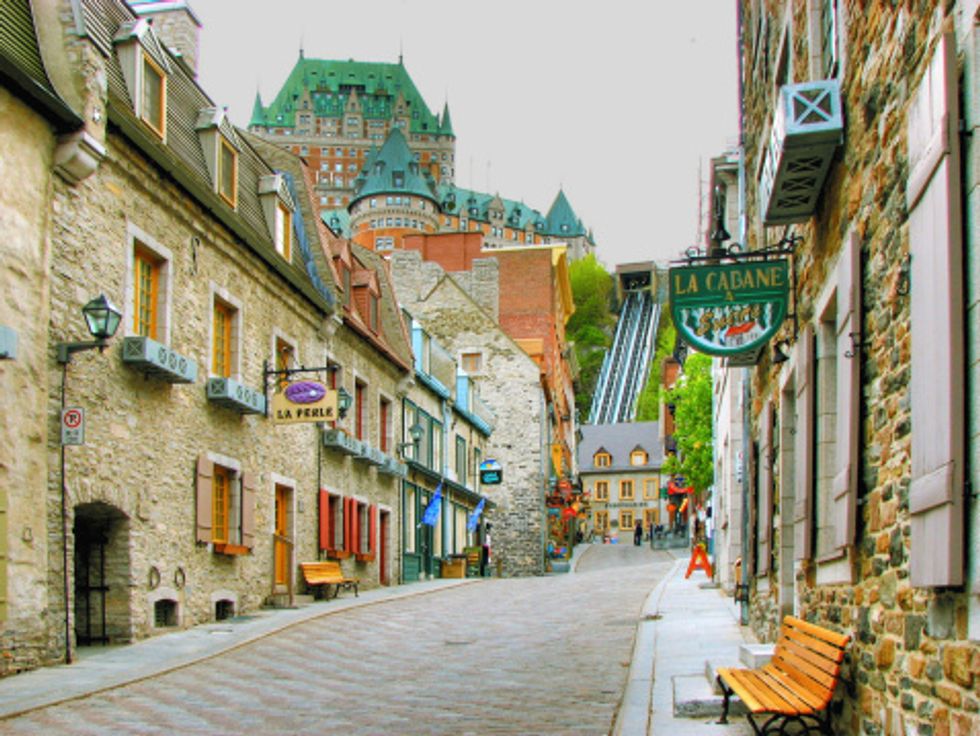 Take a European Vacation Without Crossing the Atlantic

Vacationing in Europe is the cream of the crop. Most of us dream of indulging in food, art, culture, and some of the most beautiful architecture in the world. We crave the exotic fun of being immersed in a new language, seeing cars drive on the opposite side of the street, and letting go of our American mega-marts for open-air markets. But a European vacation is a huge investment -- it requires a lot of planning, time, travel, and of course, deep pockets. But we can get the charm of Europe without making the trek. It lies in Québec City, Canada.

Québec City is located on the Saint Lawrence River, was founded in 1608, and is predominantly French-speaking. While it's not as old as its European counterparts, Québec City is Paris in miniature. Place Royale and Vieux Québec are home to some of the most charming cobbled streets, art galleries, and old-world bistros.

One of the grandest sites in this city is the famed Château Frontenac. The towering castle is not even a castle at all -- but a world-renowned hotel designed by American architect, Bruce Price, which opened to the public in 1893.

Another popular destination with a European flair is Mont Tremblant, which translates to "trembling mountain" -- but don't worry, the mountain is totally stable. Get all the fun of the French alps in this 18-acre course of ramps, rails, jumps, and a superpipe.

If you're looking for even more, we suggest heading into nearby Montréal. You'll feel like you're in Europe when you see the impressive stained glass windows on the Basilique Notre-Dame. Also, you'll never run out of boutiques to scour and cafés for the best people-watching.

Taking the time and money to travel to Europe may seem like the hip thing to do, but Europe is actually closer than you think. Vive le Québec!