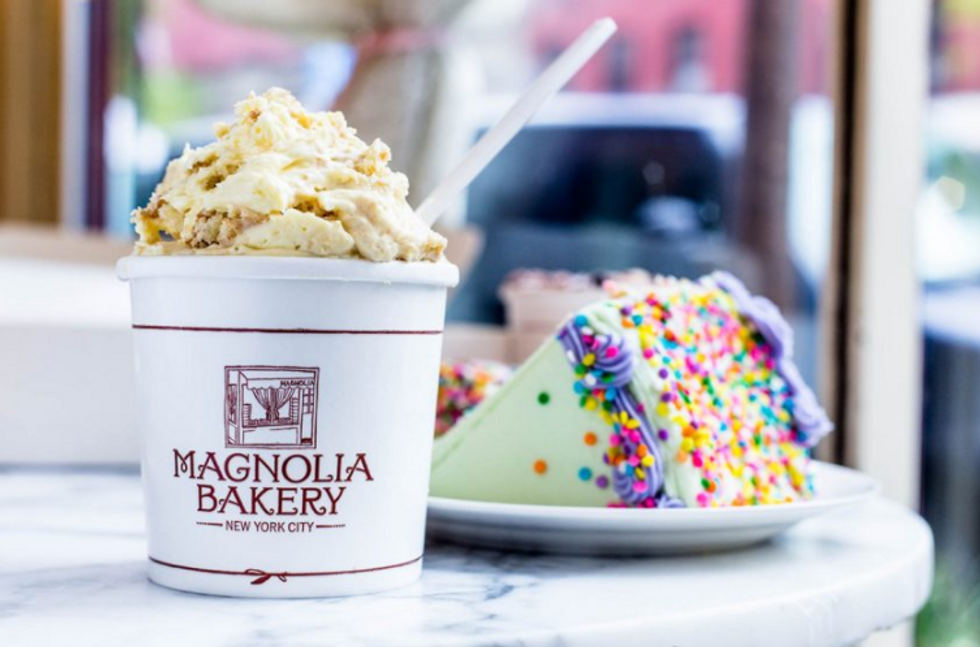 Magnolia Bakery's banana pudding lives up to the hype

A convert's look at the beloved treat

The dessert treat and its cult following have ingrained itself as a New York icon...and deservedly so.

Having lived in New York for almost a half decade, there are a few clichés you just can't avoid hearing. Yes, Times Square is hell on Earth, summer feels like a humidity-filled death factory if you don't have AC, and the mere utterance of the words "New Jersey" will inevitably be met with eye rolls and disdain. But in my tenure as a "sort of New Yorker" one of the most commonly uttered phrases I've heard is "you have to try the banana pudding at Magnolia Bakery." And being a general fan of banana-related desserts, I took note the first handful of times filing it away in the back of my mind for some rainy day. But as the recommendations kept coming, I figured this has to just be some sort of culinary trend that's a lot of fuss for a perfectly fine sugary concoction. Between Cronut madness and the host of designer dessert trends that followed, I committed myself to resisting the hype and sticking to my low fuss sources of sugary indulgence. Man, what a fool I was.

After unexpectedly finding myself and a colleague with free time in midtown a few blocks away from its midtown location, all it took was me mentioning I still hadn't tried the banana pudding that we found ourselves quickly on a collision course for the iconic bakery. Perhaps the most surprising aspect of the endeavor was how easy the purchasing process was, with no ridiculous line or hoops to jump through to snag the treat. Even when I'd mistakenly ended up in the wrong line within the tiny store a kind staff member spared me the shame of heading to the back of the line and helped me complete my transaction anyway.

It's a bit of a challenge to comment too much on the pudding itself, because it honestly feels like my medium sized disappeared in a second at the rate I took it down. Ridiculously smooth with Nilla wafers inside and thick banana chunks, the treat feels like less of a bougie-splurge and more like home-style treat. Carrying just enough salty notes to keep the pudding from being numbingly sweet, I was thankfully spared having my day robbed of me by a sugar coma.

As much as cynicism has served as my Swiss Army Knife, serving a thousand different uses to ensure sanity, sometimes it can hold you back from experiencing life. Thankfully this side of me was muted long enough to experience what was perhaps the best dessert I've had in New York in a very long time. So take my word as a former cynic, you have to try the banana pudding at Magnolia Bakery; you won't regret it.