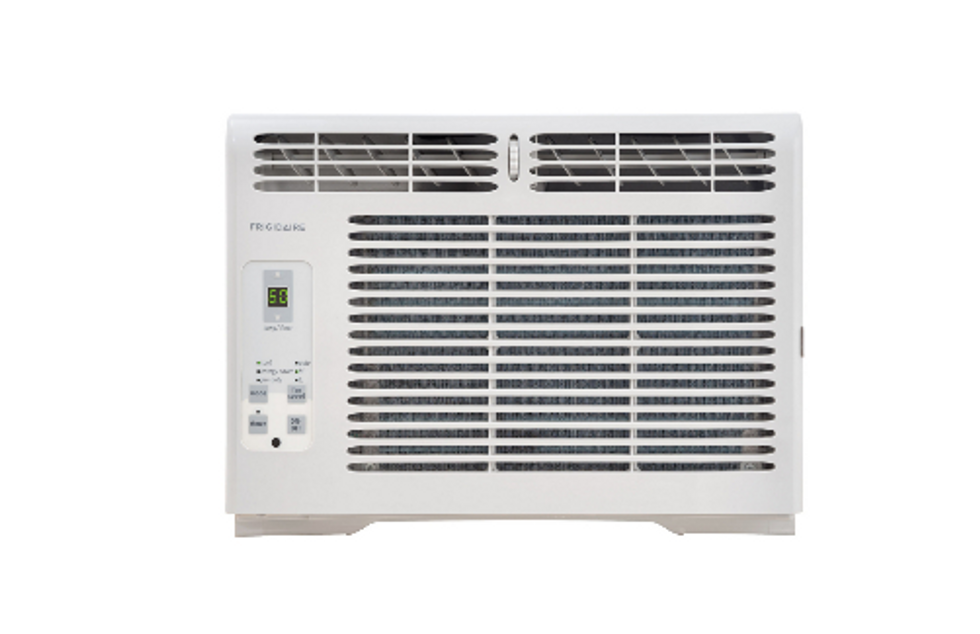 How splurging on a Frigidaire AC saved my summer

Sometimes you need reinforcements to beat the heat

You can't say I didn't try to rough it. Fresh out of college and living in my first apartment, I figured I had the toughness to endure anything so long as it saved me some money. I'd handled one previous summer on the East Coast and though I was living in an AC equipped NYU dorm, the more I thought about it, the more I convinced myself that I really didn't use it that much. I'd have a trusty miniature desk fan that would at least make sure there was some air movement in the room. And between bouncing around New York to hang with friends or go to work, not having a window AC unit would incentivize me to be more outgoing, or at the very least savor the fact that subway trains usually had air going on full blast. It seemed like I had the same excuses running over and over in my head, trying to convince myself I was making the right decision not having AC.

Cut to week six in my humid mess of a bedroom and I'm tossing and turning for yet another night from the heat. But not only that, I realized my legs and feet were starting to get irritated and after a quick consultation of WebMD, it appeared I'd broken out into hives from the heat. As much as I wanted to be resourceful and thrifty as I figured out my postgrad life, trying to do so had reached the point where the misery just wasn't worth saving a little extra on the electric bill. That's why within a few hours of discovering my hives, I made the decision to finally pull the trigger on a personal Frigidaire window unit and never looked back.

How I settled on the AC unit was thankfully far less dramatic than convincing myself I needed one. Scouting online reports and reviews, Frigidaire was the first brand that came up and the reviewers seemed to be unanimous in the praise, claiming it had the perfect level of power to keep a bedroom like mine under control. Plus the remote control settings kept things remarkably simple for someone using an AC unit first time. With its clear temperature display and low energy/sleep modes I was able to have the cooling support when I needed it, while still stay mindful about watching my energy consumption. And though I wouldn't necessarily recommend anyone else trying to install the unit by themselves like I did, even a novice like me willing to do a little heavy lifting can still get the unit up and running without shedding blood.

As much as we wanted to be responsible with both our finances and our energy consumption, sometimes you need to invest in your own well being before you start experiencing side effects. With summer now officially here and the heat unlikely to leave us anytime soon, it's nice to know I have my Frigidaire unit to keep things under control and help ensure my home experiences are filled with far less drama.