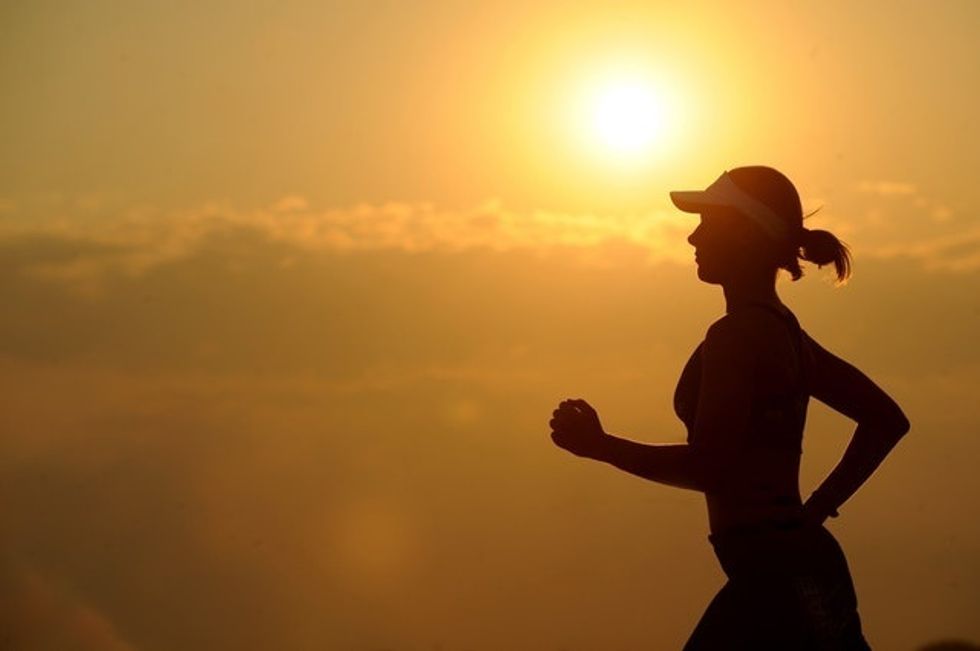 Nothing kills a runner's high quite like having your earbuds ripped mercilessly from your ears as you finally find your stride. This is the fate that many runners face when pumping their arms during exercise - their armband and headphones getting tangled up or yanked out in the midst of activity. However, there is an increasingly popular product on the market that's going to make you want to run straight to the nearest garbage can and ditch that sweaty old armband.

Stretchable running belts are the sleeker, lighter, and more convenient fanny packs of the running world (but in a good way!). The belts are simple in design, consisting of a thin, flexible circle of fabric that can, in most cases, be adjusted to your desired length so that they fit as snugly or as loosely as you prefer.

These comfortable waistbands have more carrying space than their armband counterparts, and they are also located on a much less intrusive part of the body, allowing for more open movement without the risk of headphone strangulation.

Running belts don't necessarily need to be used for exercise, either. They are a great way to carry your money or keys around when you don't want to use a backpack or a purse, and they can fit sleekly below your clothing.

Check out some of the best rated running belts here, and keep calm and run on!

How to Get the Copper Hair Trend Without Ruining Your Hair