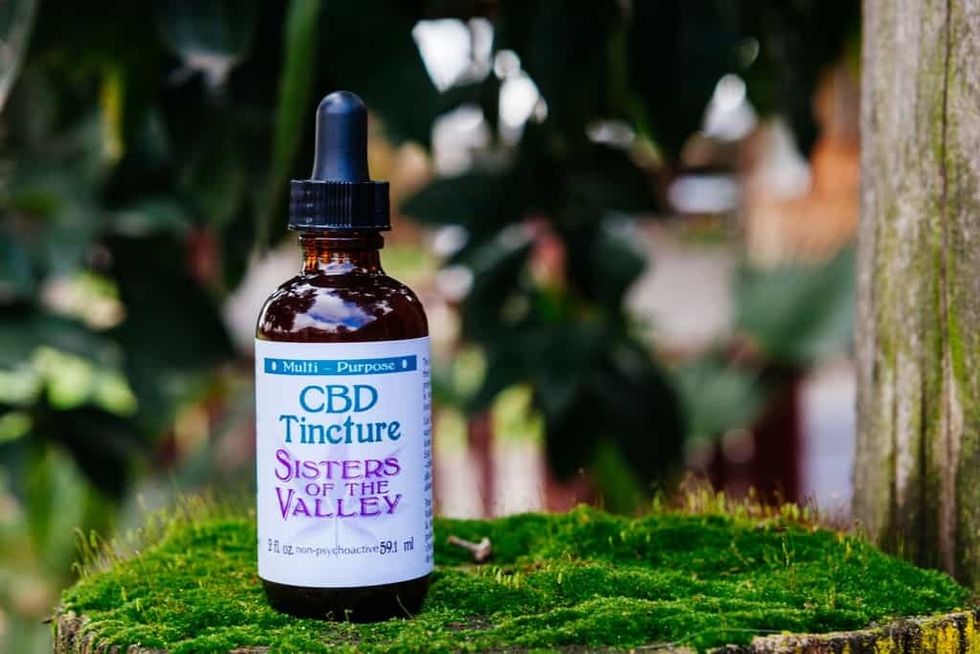 What are CBD tinctures and are they effective?

While certain tests have yielded positive results, the evidence is inconclusive.

While cannabinoids (molecules within a marijuana plant) like cannabidiol (or CBD) have long been understood, their status as viable health options was fringe at best.

As medical marijuana becomes less and less taboo, so too do the various treatments associated with it. CBD oil in particular is interesting because unlike THC, it isn't psychoactive and therefore doesn't produce a sensation of being "high." CBD is the second most abundant compound found in cannabis plants, directly behind THC, but this is only in the female plants. Male cannabis plants, as well as hemp plants, contain a significantly higher dosage of CBD and relatively little THC. Because of this, many people feel that the harvesting of CBD oil is a much less controversial practice than growing marijuana for recreational use. Its medical potential is still currently being explored, but CBD has been used as an anti-inflammatory and, though clinical trials are not yet conclusive, it appears to be completely safe for human consumption. That said, the company GW Pharmaceuticals has had a major breakthrough regarding the treatment of seizures associated with Lennox-Gastaut syndrome and Dravet syndrome, and yesterday, the FDA made moves to approve the use of CBD in the treatment of epilepsy. This decision marks the first step towards the mainstream approval of CBD oil, and the potential for further medical breakthrough seems to be there as well. Currently, researchers are champing at the bit to find out what other applications this cannabinoid might have. One such application might be the treatment of insomnia. According to a 2016 study, CBD Oil was useful in treating a subject's PTSD and helped him with both his anxiety and his inability to sleep. The jury is still out on whether this treatment works, however, as there are some studies that indicate that CBD actually "increases wakefulness." At the same time, some believe that taking a CBD tincture a couple hours before bed can produce a calming effect that helps people fall asleep more easily. While its effectiveness is debated, CBD oil-based products are legal and regulated in the United States, with the bureaucratic caveat that it's illegal to grow and farm Hemp for commercial purposes. While there are plenty of ways to consume CBD, administering it via tincture is quickly becoming popular, especially for those who want to use CBD in a strictly medical capacity.

A CBD tincture is created by boiling and dissolving CBD extract in ethanol. The result is a highly-concentrated liquid form of the cannabinoid that allows consumers to access the benefits of CBD without having to consume THC. Since this pure form of CBD is extremely strong, most tinctures come with a dropper, allowing patients to control the amount of CBD they're consuming. Application is simple, and CBD tinctures can be easily mixed into meals or beverages. There's also the option of applying tinctures beneath the tongue, and there are certain studies that indicate that this delivery method is particularly effective. Sublingual application is used most often when treating epilepsy, but it supposedly makes it easier for the body to absorb cannabinoids in all their forms.

Unfortunately, CBD tinctures aren't cheap. Companies like Populum charge upwards of $120 for a 500 mg bottle. The serving size in that bottle is around 17mg. Don't worry, we did the math for you. That's a little more $4 per drop, which seems a bit steep, considering there hasn't been a conclusive study of CBD and its effects on the body. That said, if you're curious, now might be the time to buy, as there has recently been a push to make CBD oil illegal. It's already illegal to sell it as a food additive in California, and it may soon be banned completely in Texas. As lawmakers begin to catch on to exactly what CBD is, you can be sure that a conservative push to ban tinctures and oils is on the horizon. That said, the relative illegitimacy of CBD coupled with its high price puts consumers in a bit of a bind. Should you buy now in an attempt to avoid the law or is it better to wait until more concrete clinical trials come out? It all depends on how risk averse you are. It's important to remember though, in the states where recreational marijuana is already legal, CBD isn't going anywhere. Though we don't condone or endorse this behavior, it's pretty easy to sneak a 500ml vial over the Colorado state border.

Matt Clibanoff is a writer and editor based in New York City who covers music, politics, sports and pop culture. His editorial work can be found in Inked Magazine, Pop Dust, The Liberty Project, and All Things Go. His fiction has been published in Forth Magazine. -- Find Matt at his website and on Twitter: @mattclibanoff