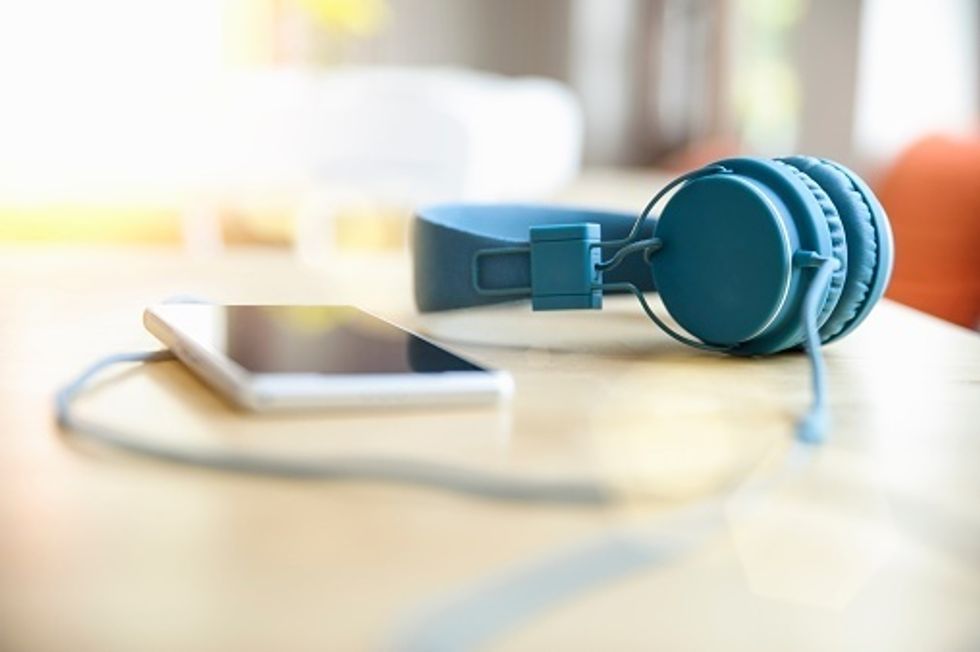 10 best podcasts for any mood

Whether you're in for a lighthearted afternoon of laughter or somber evening filled with intrigue, there's a podcast for you. It's hard sometimes to know where to get started, though, so we've covered the best podcasts in several different categories and even directed you to a great starter episode to get a feel for the show and see if it's the right fit for you.

Trivia – Ask Me Another

If your hand was always up in class, Ask Me Another is probably for you. This trivia show will keep you laughing with their inventive categories, charismatic contestants, and entertaining special guests. Their puzzles are always changing and you'll find yourself playing along and rooting for your favorite contestant before the first show is done. A great one to start with is their recent episode with VIP guest Tim Gunn of Project Runway fame.

More Perfect is a podcast about law and the Supreme Court and how their decisions affect our day-to-day lives. Their site explains how we often feel as if Supreme Court rulings, while important, often feel "untouchable and even unknowable," so the show sets out to explain "what those rulings mean for 'we the people' who exist far from the bench." I promise that if even if you're not a law buff, these episodes will pull you in and keep you listening. They cover things that directly affect listeners that we may have never have been aware of before, and often they help you understand just exactly why things are the way they are. A great episode to begin with is their first, Object Anyway.

This podcast isn't for everyone. Sword and Scale includes interviews with serial killers and explicit discussions of violence and sexual assault are commonplace. Sword and Scale is dark, and its purpose is to remind listeners that real monsters are out there. This is not one to listen to with the kids around… or with anyone who has a weak stomach. One of the most interesting and shocking episodes to start with is their fifth episode. The first of a two-parter about a massive cover-up you won't be able to believe.

Sawbones is great. You get to learn a bit and laugh a lot. Dr. Sydnee McElroy and her husband Justin delve into the wacky ways we have used medicine throughout history. What they cover is fascinating, and Justin, who doesn't know the first thing about medicine, makes sure the discussion stays on a level laymen can not only understand, but enjoy, and his quips will keep any listener laughing while they learn. A great episode to start with is the one about Hysteria.

The Dollop, while technically covering American history, is really more of a comedy show in which one guy, Dave Anthony, tells his friend, Gareth Reynolds, a story about something that happened in the past, and no matter the subject, they manage to make it hilarious. Their episode about the New Jersey shark attacks is a great place to begin with this one.

Lore is a podcast about, well, the lore. It covers spooky historical customs, beliefs, and ghost stories of different cultures around the world. Aaron Mahnke is also a horror novelist and the way he expertly compiles these historical recounting into chilling stories will make your hair stand on end. The episode about the Jersey Devil has remained one of the most eerie to me.

Left, Right & Center has quickly become the only political podcast I care to hear. They call it "a civilized yet provocative antidote to the screaming talking heads of political debate," and that's exactly what it is. The show is devoid of one-sidedness and shouting matches alike. Instead, the guests discuss current politics from multiple sides and with interesting, thought-provoking points while exhibiting great respect and decorum. Their most recent episode is the best place to start, because it will be one that is immediately relevant.

Investigation – Oh No Ross and Carrie

These two "show up so you don't have to" to test claims of the paranormal, religion, and fringe science. Oh No Ross and Carrie have done everything from infiltrating cults to going to UFO conventions and tried all sorts of gadgets and new-age healing. This episode about their ghost hunting on the Queen Mary is interesting and somewhat spooky.

There are two in this category, and both are well worth a listen. TED Radio Hour is similar to TED Talks where the talks can be on just about any subject, but all are interesting and engaging. The Meaning of Work is a fantastic episode to start with, and it might just change the way you think about your job forever.

Radiolab is self-described as being "a show about curiosity." It has episodes about police brutality, an island-dwelling raccoon, and the man behind the Heimlich maneuver. This show has a little bit of everything, so it'd be nearly impossible to not like at least some of what it has to offer. To get started, try this episode on Crispr. If you haven't heard of this " ninja-assassin-meets-DNA-editing-tool that has been billed as one of the most powerful, and potentially controversial, technologies ever discovered by scientists," prepare to have your mind blown.

So no matter what you're into, somewhere in these top podcasts you should be able to find a favorite!